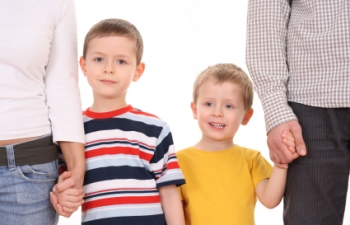 Historically, physical custody was defined as sole physical custody or joint physical custody. Since there are so many variations of joint custody and since so many parents were wasting so much money for the label of sole custody rather than joint custody, or the other way around, many of the Courts have moved away from labeling custody as joint versus sole custody, and rather concentrate on fashioning a parenting time schedule which is in the best interests of the children. The child custody laws in Michigan are gender neutral; in theory neither parent has an automatic advantage based on gender. When determining a custodial arrangement or a parenting time schedule, the Court is required to consider what is in the best interests of the minor children when determining where the children should live, and how much parenting time each parent should have with the children.  Because every family is different there is no set parenting time schedule.

Looking for help with your child custody case?

Our attorneys understand the complexity of the child custody laws in Michigan and can guide you through the legal process.

In determining parenting time, the Court will consider the following factors in deciding the frequency, duration, and type of parenting time:

If the case proceeds to trial it is imperative to have a child custody attorney present all of the relevant and important issues in your case to assist you in receiving a custody-and-parenting-time agreement which is in the best interests of your children. Because it is extremely difficult to change custody once the custodial environment has been established, it is essential to negotiate and secure the parenting time schedule that you want, and which is in your best interests when the Judgment is entered.  The child custody laws in Michigan make it very difficult to change custody after a custody order has been entered because they want to ensure stability for the children, and they don’t want children bouncing back and forth between the warring parents.  After a custody order has been entered, the Court will only change custody if there has been a material change in circumstances since the last custody order was entered, or if proper cause exists.  Proper cause must be related to one of the above twelve custody factors and it can be difficult to prove.

Renee and her team have represented me in family law at the highest level since 2015. I have had the opportunity to observe her and her entire team in action for many years. The Gucciardo law firm have performed a variety of legal tasks for me including evidentiary hearings, motion paperwork and general administrative support. I can assert without reservation that she is the best attorney I have employed or observed. This is a significant statement because I have had the unfortunate experience to employ 5 other attorneys in the same time period for different family law applications/issues. I have employed attorneys that were hip, fast talkers but unorganized and unproductive. I have employed expensive attorneys that have gouged me and not performed. I have employed attorneys that are organized and honest but not aggressive. I have employed cheap attorneys that were lazy. I know bad, decent and awesome. Renee is awesome. She and her team are responsive, experienced, organized, creative, conscientious, productive and honest. Renee's support staff of experts are just that and are profoundly capable. Sick of your legal team not calling you back? That won't happen with Gucciardo. Concerned you won't get value for your money? That won't happen with Gucciardo. Frustrated with paying and not seeing results? Not a chance with Renee. Don't what to have the feeling that your legal team does not have your back? Won't happen with Renee. Attorneys are expensive but if you get the value, you won't resent them. I resent all my other attorneys except Renee and her team. She won big for me and almost killed herself in the process. She was not afraid to bring up risky issues and call out other professionals for improper behavior. Renee did this because it was the correct thing to do and because she worked for ME! Renee is a sweetheart until it is time to be aggressive. Renee and her team are always prepared and I enjoy a teamwork feeling with her team that most lawyers won't offer because most lawyers are narcissists. Renee is confident and accomplished but not a narcissist. Renee is not afraid to perform menial legal tasks that other attorneys dish off to their subordinates. Renee often performs these "menial tasks" because she is goal oriented and not afraid of hard work. The next day Renee is in front of the courtroom arguing for you in a fashion that is similar to some Hollywood movie- except this is real! We can influence our luck in life by surrounding ourselves with good people. The Gucciardo law firm ARE good people. This review too good to be true? Call the Gucciardo Law firm, ask them to get us in touch with each other and hear it from my lips. Best regards, John
John E.
I am forever thankful to you! The court has definitely taught me to be stronger. I remember you as a strong attorney who faced the judge who almost took the kids away. I can't imagine if that happened in that courtroom. You are my heroine!
D. Booker
Hey Renee Just wanted to say Happy Birthday. But also -- as my daughter Liz turns 18 tomorrow -- I wanted to say thank you for all of your hard work on the case involving Liz. You fought for Sue and I every step of the way and we never, ever lost a battle with you at our side. While going through essentially two custody battles to get Liz living with us, you made it look easy and you won every round for us with ease. Sue and I have recommended you to so many people that we've lost count. I think Sue will agree with me that you are honestly the best family attorney that anyone could ever hire. We'll both continue recommending you to anyone in need if an all-star. You've been there to read my 5,000-word, long-winded emails, you've been there at every court date, you always were quick to answer every call and showed compassion to Sue and I all the time. Thank you for believing in us and giving us the confidence over the years in my daughter's case, especially when Liz's mother was making life very difficult for us. Liz started at Macomb Community College today and she's doing well. She's working and growing up into a beautiful, mature young lady. I can't thank you enough for being responsible for getting Liz to live with us full time. Sue and I truly believe that Liz living with us saved her from living an enormously difficult life with her mother (Liz now has not seen her mom in over 3 years). We've had a long relationship for 10 years as our friend! Stay in touch on Facebook and I wish you the greatest success in your practice and with your family. Take care and all the best to you!
Tom and Sue Varcie
PrevNext

Below are some guides that can help with what can sometimes be challenging situations.
© 2019 The Gucciardo Law Firm, PLLC & Renee Gucciardo - All Rights Reserved
We are Open and Available

Our team is, and will continue to be, ready and available to advocate for you and provide you and your family with legal guidance. We are available in-person, via phone or video conference.